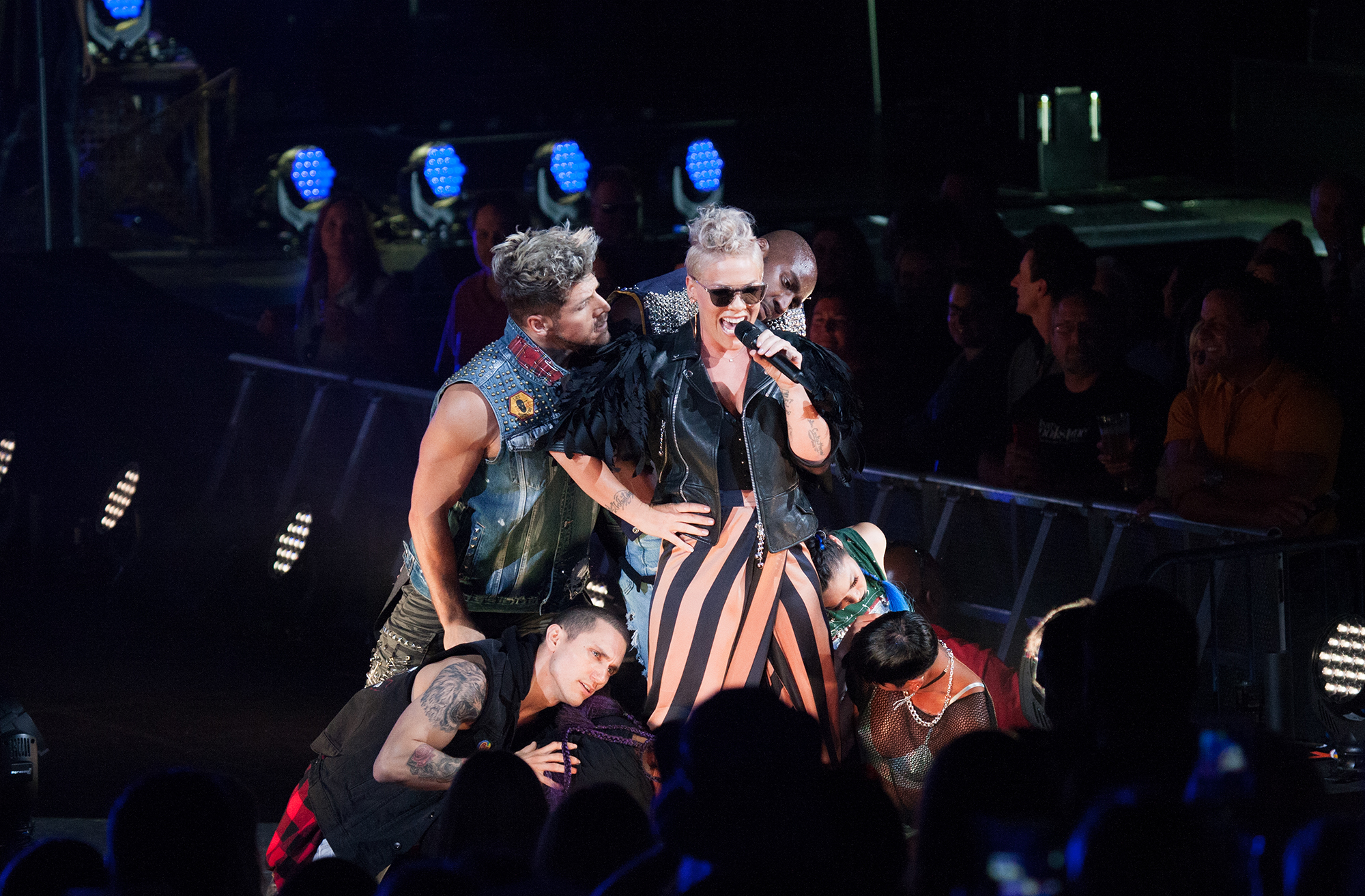 This decade is coming to an end. 2020 will 'ring in’ a brand new American Family Insurance Amphitheater. We're pumped for some of the best and most kick-ass shows that are yet to come, but we're still feeling a bit nostalgic about all the great shows the Amphitheater hosted over the last decade. Go back in time with us before the clock strikes twelve and we ring in the 20’s! We took a moment to pick our favorite show from each year of the past decade. What were some of your favorite shows at the Amp?

Back in 2010, Summerfest was the third stop as part of the "Time Machine Tour" where the group played their most successful album "Moving Pictures" in its entirety.

In 2011, Kanye was one of the biggest rappers in the world. This Summerfest show was his only American tour date that summer. It skipped over New York City, Los Angeles and Kanye's home town of Chicago. It was a big "get" for Milwaukee. The opener, Kid Cudi, even joined Kanye for three songs of the setlist including "Erase Me," "Make Her Say," and "All of the Lights."

Close Second -- Katy Perry on July 7: Did you know Katy Perry arrived at Summerfest suffering from a bout of food poisoning? Doctors tended to her before, DURING, and after her set. Despite feeling under the weather, she powered through 21 songs including hits like "Teenage Dream," "Hot n Cold," and "Firework" like the pop-champion she is!

Summerfest is no stranger to heat. This day it reached 93 degrees. Lead singer Dave Grohl commented, "It's going to be a long, sweaty night," and boy was he right. Grohl brought an endless amount of energy and enthusiasm (and sweat) to the nearly three-hour show. This show was one of only two shows that the Foo Fighters played in the US that summer.

Fun. should have changed the period at the end of their name to an exclamation mark on this night. It was safe to say that both the audience and the band brought the "fun" as Nate Ruess, lead singer, "...seemed genuinely flabbergasted by the almost complete full Amphitheater crowd." - OnMilwaukee The year prior, the group headlined the Miller Lite Oasis festival stage.

In 2006, Outkast went their separate ways. 2014 was the group's 20th anniversary. This tour that resurrected Outkast was one of the most anticipated tours of the year and it would feature both Big Boi and Andre 3000. If you had ever wondered what a 23-000 person dance party was like, this was the show to be at. They were joined by an eight-piece band with a horn section, backup singers, and a collaborator.

Close Second -- Bruno Mars on June 25: Fresh off a Super Bowl Halftime performance that wowed, Bruno Mars brought just a collection of genre styles to his sold-out crowd. "There was soul and gospel and reggae and R&B and pop and doo-wop and more, and that was just the first 45 minutes." - JSOnline

This was a special show. Summerfest opened the grounds a day early just for this concert. It was of the most-hyped Milwaukee musical events in years, according to JSOnline, and it lived up to the hype. Jagger was the ultimate rock showman with boundless energy. Some said it was both exhausting and exhilarating to watch. A special moment happened when the University of Wisconsin Milwaukee Concert Chorale joined the Stones on stage for a rendition of "You Can't Always Get What you Want".

Close Second -- Ed Sheeran on July 3 - Not many artists can play a sold-out Amphitheater show with no backing band and no flashy production. But Ed Sheeran can and did. He used his signature looping techniques in one of the most authentic shows the venue has seen.

Talk about a legend. Macca played THIRTY-NINE songs from The Beatles, Wings and his various solo records. OnMilwaukee said it best when they said, "...really, there were no real low points..." - OnMilwaukee

Don't make us choose between P!nk and Tom Petty & the Heartbreakers. Both shows meant so much to us.

For P!nk - It was her first time touring in three years, and at times, you could tell, but that's what made the show so special. It was real. It was raw. At times she needed help remembering lyrics (for songs like "Who Knew") or she forgot her place in the setlist, but it didn't matter. She was perfect. Not to mention that she flew as part of her aerial acrobatics.

For Tom Petty - Tom Petty was integral to Summerfest. He played the festival more than any other act, and you kept. showing. up. You loved him as much as we did and do. Bob Babisch, VP of Entertainment, believed Petty really reminded you what an art form great songwriting truly is. Sadly, these two shows would be the last time Petty graced the Summerfest stage, as he died in October of 2017

There's no better way to celebrate the 4th of July than with a blast from the classic rock past. Despite the rainy night, crowds filled the amphitheater, including the uncovered lawn for both shows. Joe Elliot, the frontman of Def Leppard said, "the crowds kept getting bigger and bigger and louder and louder" during the show. Journey's Arnel Pineda was a powerhouse and nailed every note. A highlight of the show occurred when Neal Schon played the "Star Spangled Banner" solo on the electric guitar beside members of the US military set to be deployed.

Close Second -- Halsey on June 29 - This show would be one of Halsey's first times playing an amphitheater of this size, but she didn't let that stop her. She owned that Amphitheater, running and jumping throughout her whole set, only resting when she took breaks backstage to use her inhaler on one of the hottest nights of the festival in 2018. Fun fact: Clips of this show were even featured in the music video for "Eastside" seen here.

When we confirmed 17-year old Billie Eilish would be playing, her album debut album wasn't even out yet. By the time we announced it to the public in April, her album had dropped and her career was skyrocketing. Playing the American Family Insurance Amphitheater was the largest hard-ticket show of her career at the time. During the show, she even talked about how astounded she was watching her 23,000 fans running up the ramp of the Amphitheater to see her. JSOnline put it best: "Billie EIlish [was] nothing short of mind-blowing."