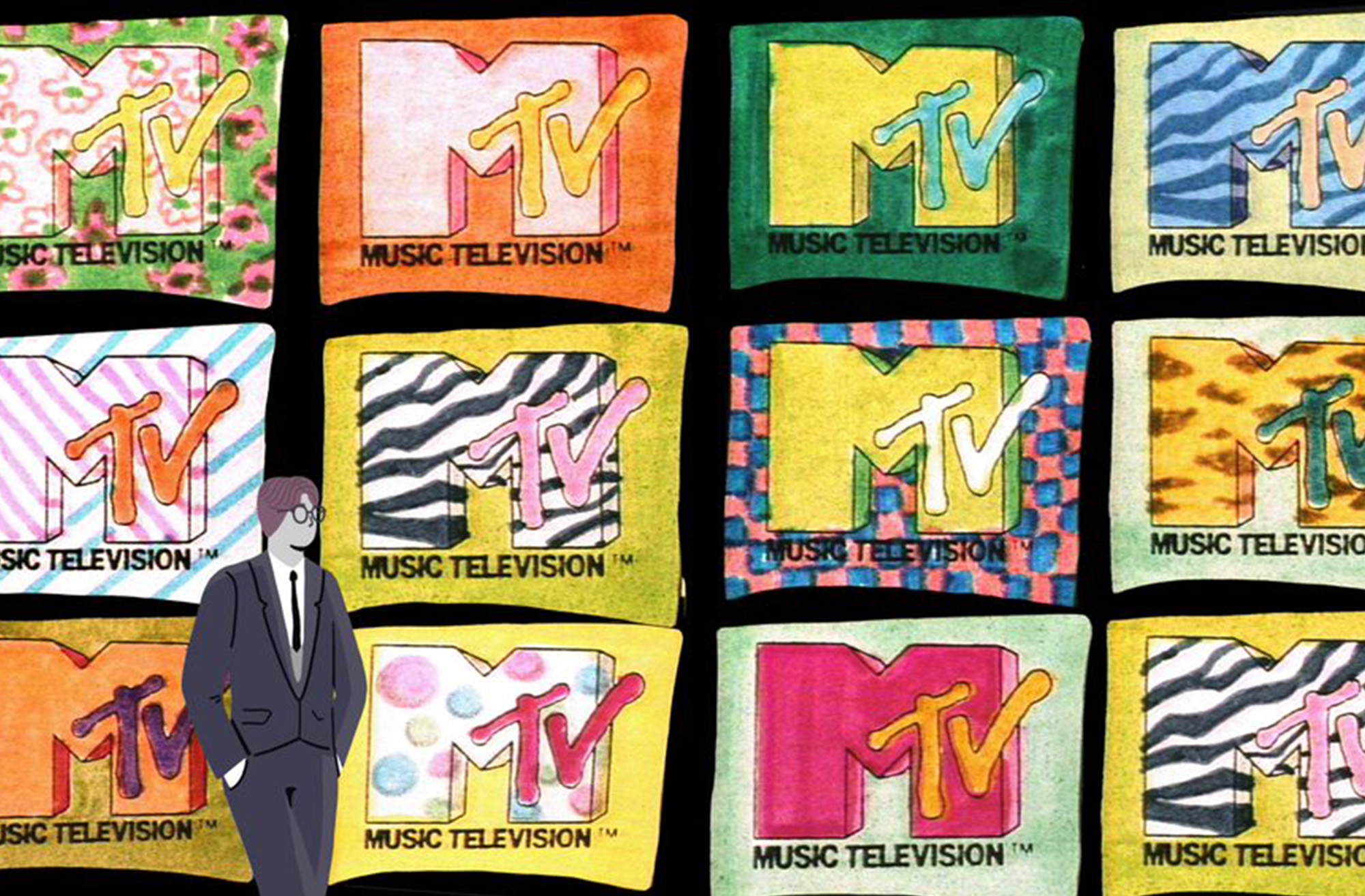 Still from "I Want My MTV"

Calling all film and movie buffs! The Milwaukee Film Festival is right around the corner. This year, there's a whole series of powerful stories behind legendary music institutions being shown as part of the Sound Vision series. Who better than the OG of music festivals to dedicate a blog about our local film festival and this series featuring music personalities, music movements, music history, and musical performances?! As musician Tom Waits said best “I always thought songs are movies for the ears and films are like songs for the eyes.” Learn about MTV, the Apollo Theater, the origins of the song "Who Let the Dogs Out," Nashville's most influential club, and more!

The 2019 Milwaukee Film Festival runs today through Oct. 31 and features over 300 films, dozens of parties, panels, and events. The complete film program, schedule and tickets are available at mkefilm.org.

We want to know what films you're most excited to see, and be sure to report back on what you think after you see them!

Ask a few music critics about the greatest soul album ever and someone will pick James Brown Live at the Apollo. Harlem’s Apollo Theater is not just a landmark of black music and performance, but also a landmark of American culture. Oscar-winning director Roger Ross Williams (Life, Animated) has created the definitive account of this American institution, using archival footage of classic performances, behind-the-scenes access to the theater and its staff, and new interviews with legends like Smokey Robinson and Jamie Foxx. Additionally, The Apollo follows the creation of a new stage adaptation of Ta-Nehisi Coates’ celebrated Between the World and Me, underscoring how much the Apollo Theater still matters to the black community, and how much it continues to trace the story of Black America.

Buena Vista Social Club was instrumental in exposing Americans to traditional Cuban music, but not all Cuban music sounds the same. Bakoso is an exciting, propulsive journey—which follows DJ Jigüe on an exploration into the past and present of modern Cuban dance music—helps right that wrong. DJ Jigüe will be performing at this special screening, where you’ll learn of the genre’s African origins and the deep influence of African culture that still manifests in today's Latinx music.

The most influential music club in Nashville began in 1982 as a small café in a strip mall opened by a 27-year-old culinary school graduate. But the evolution of the Bluebird Café—from humble beginnings to the forefront of the country-music zeitgeist—is a classic underdog story. Featuring performances from country legends Taylor Swift, Garth Brooks, Vince Gill, Jason Isbell, and many more, "Bluebird" captures the artistic pulse of a city, and the woman that helps guide it.

Defying the gentrification of Greenwich Village, Rick Kelly and his shop, Carmine Street Guitars, still honor the old New York by making custom guitars out of reclaimed wood from around the city. This heartfelt doc follows five days in Kelly’s life, as he caters to—and jams with—dedicated clients like Jim Jarmusch and the guitarists for Wilco, Patti Smith, and Bob Dylan. Carmine Street Guitars is a love letter to a classic, dying breed of elite craftsmanship.

Gordon Lightfoot: If You Could Read My Mind

As one of folk music’s most steady and enduring forces, Gordon Lightfoot continues to move generations of fans. His timeless songs were lauded by Dylan and covered by everyone from Elvis to Streisand. Now 80, the venerable Canadian icon tells his story and shares his memories in this loving portrait, which reveals—among other things—which song he refuses to play. And keep your ears peeled for a nice Milwaukee shout-out!

I Want My MTV

When MTV began broadcasting in August of 1981, a channel playing only music was widely dismissed as a crazy idea. For those early years, MTV was more like a ragtag, anything-goes operation than a global juggernaut that would change the face of pop culture. The journey there was fraught with high-stakes battles against things as innocuous as local cable companies and as critical as systemic racism—sometimes coming from the channel itself, as David Bowie subtly pointed out on air. I Want My MTV is bursting at the seams with sexy (and sometimes laughably unsexy) ‘80s nostalgia, and the story of the music revolution comes to vivid life from interviews with the staff and musicians whose lives were changed forever.

Film is constantly referred to as a visual medium, but it’s far less frequent to hear (no pun intended) about how important sound is to the cinematic arts. Using interviews with a host of major filmmakers (Spielberg, Nolan, Lynch, Lucas, and Redford), Making Waves goes on a deep dive into the world of movie sound design—what it is, how it works, what foley artists do, and what type of creative and stylistic decisions are involved.

Miles Davis: Birth of the Cool

Few musicians have gone through as many metamorphoses as Miles Davis, who changed the sound and trajectory of jazz—and popular music—several times over. Director Stanley Nelson (whose films have frequently played MFF, including twice this year) deftly explores the stories and motivations behind these transformations. Nelson is one of our preeminent chroniclers of important African-Americans, and the artistry he brings to this story pairs beautifully with the sultry heat of Davis’ music.

When filmmaker Irene Taylor Brodsky’s 11-year-old deaf son, Jonas, receives cochlear implants, his discovery of music leads to Beethoven. Jonas learns "Moonlight Sonata" on piano, which is inspirational to his deaf grandparents. Moonlight Sonata weaves these generational stories—which include aging parents, dementia, and Beethoven’s own struggle with hearing loss (incorporated through impressive animated watercolor sequences)—into its own sonata about how we’re connected through art, hardships, and inspiration.

As a teenager in a rural Japan, Akio became obsessed with Led Zeppelin guitarist Jimmy Page. After moving to Tokyo, Akio adopted the moniker of “Mr. Jimmy” and he spent the next 35 years meticulously re-creating old Zeppelin concerts for the local nightlife, blurring the line between tribute and self-identity. Then one day the real Jimmy Page came in to see the show. What follows is one of the most unique stories of obsessive fandom, perfectionism, and culture clashes that you’ll ever see.

Perpetually shirtless INXS front man Michael Hutchence was one of the most magnetic sex symbols of the late '80s and early '90s; he dated supermodels and looked like one, all while creating some of the era’s most irresistible dance pop. A few years later it was all over, in more ways than one. With an intimate, no-talking-heads style, Mystify tells Hutchence's story through home movies, historical footage, and revealing narration from those who knew him best.

In 2014, Milwaukee Symphony Orchestra concertmaster Frank Almond was attacked and robbed of the one-of-a-kind Lipinski Stradivarius violin—worth an estimated $5 million—that was on loan to him. The FBI and Milwaukee’s finest raced against the clock, because they knew if the instrument was moved it was likely gone forever. In regaling the story of this infamous local heist, Plucked takes us on deep dives about both the people who steal priceless art, and the irreplaceable instrument itself.

Milwaukee’s best annual dance party is back, same as it ever was. In 1984, the late, great Jonathan Demme gave us the defining performance of the Talking Heads, forever changing the way live music was captured on film. Thirty-five years later, it remains the greatest concert film ever made. So dust off your big suit, dance in the aisles, and help us burn down the house! (But no actual fires, please, because this tradition happens more than once in a lifetime.)

Who Let the Dogs Out

“Who Let the Dogs Out” may be one of those novelty songs that you never think about until it gets stuck in your head, but it has one of the strangest secret origins in music history. In an NPR-like pop-culture history excavation, Ben Sisto weaves a tale about gender, race, cultural appropriation, showbiz, and (of course) legal battles. But most of all, this is a story about the power of influence, and how it often stretches back much further than we realize.

You Gave Me A Song: The Life and Music of Alice Gerrard

At 85 years old, Alice Gerard is a living legend of American folk music. She performed with Hazel Dickens, she recorded albums with ex-husband Mike Seeger (brother of Pete), and she was a prolific writer. Combining footage of recording sessions, live performances (both on stage and in her living room), archival materials, and interviews with her collaborators, You Gave Me a Song is a loving portrait of a woman dedicated to preserving a special American art form.

Right at the intersection of music and film comes this special program highlighting the wildly creative videos created in support of a diverse group of local artists (Zed Kenzo, Surgeons In Heat, Saebra & Carlyle, and more).