Get To Know Gina Brooklyn 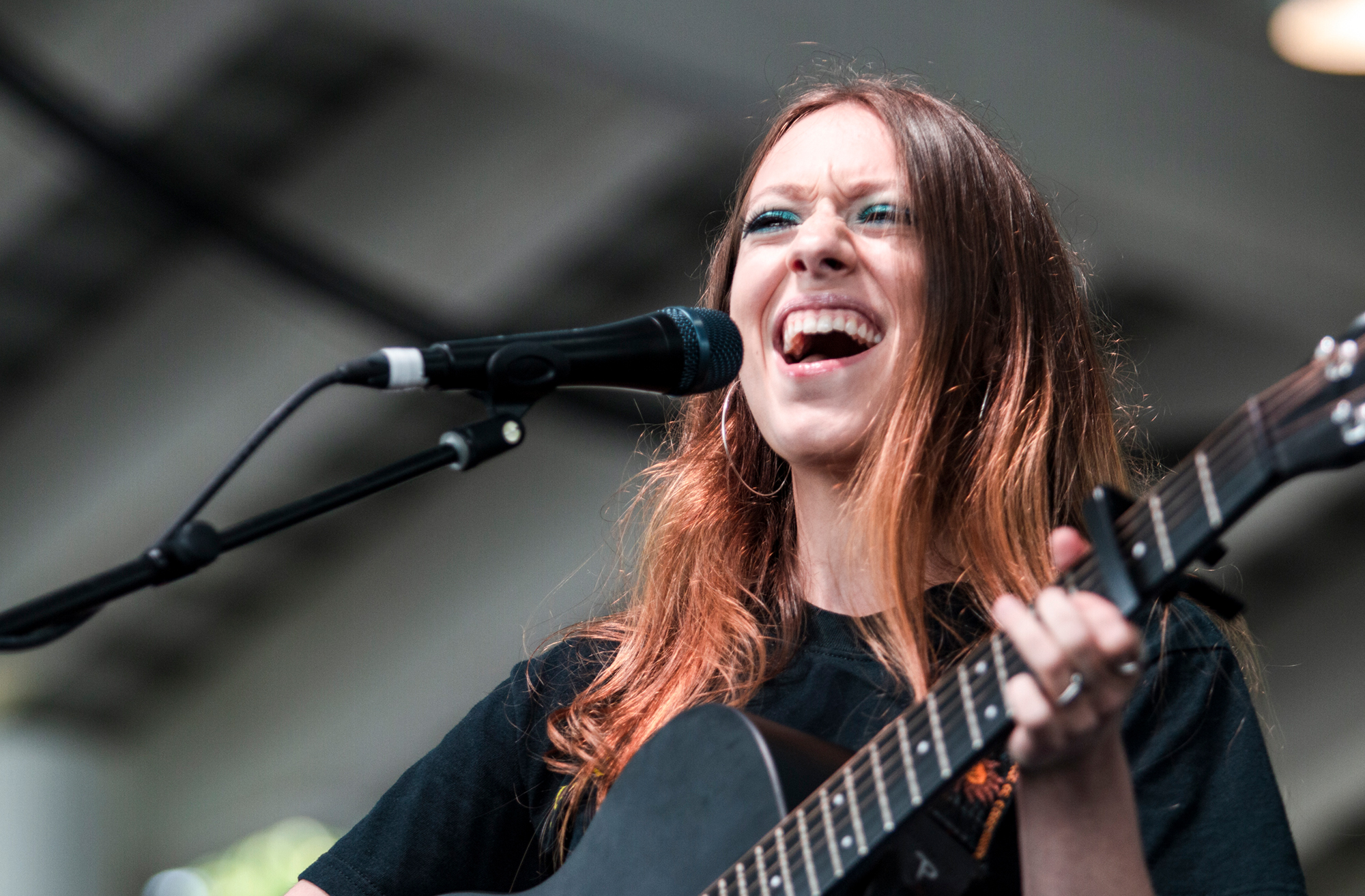 This week we hear from Gina Brooklyn from Akron, Ohio. She performed this year at Summerfest on June 28 at the Johnson Controls World Sound Stage.

Thanks Gina - for taking the time to answer some questions about your experience.

1.    Can you tell us a little bit about your Summerfest experience? How did your show go? What was your favorite song to play? What song did the audience seem to really connect with? Did you stick around and catch any other shows?

I had SO much fun at Summerfest! It was definitely the greatest music festival I’ve ever been to. Thankfully the show went really well! The people who came to see me were so kind and attentive, I was really able to connect with them throughout my performance. I think the song that really hit home for all of us was one that I haven’t released yet, called “Little Things”. It’s a song I wrote for the ones I perform it for- birthed from a place of anxiety and darkness. It’s basically just about going through a dark time, but reassuring the listener that they’ll get through it, and I think they were really able to relate to it! I did stick around to watch other shows- my favorites being SHAED and Foreigner; they were AMAZING.

2.     How does your show change from venue to venue? Did you change anything up specifically for the festival? If so, what?

My shows are the same everywhere I go. Even for this festival, I played as a solo act! I love being able to perform just as a singer/songwriter- it allows me to truly connect with the audience in a way I wouldn’t be able to if I had a band. It’s personal, deep, and fun!

3.       What artists or bands have influenced your style the most?

Writing-wise I think Mumford and Sons did; When I was 10 I really started getting into music and they became my favorite band. I really loved their songwriting- it was deep yet simple at the same time. Singing-wise, I listened to a lot of Adele at that age as well and I remembering singing her songs for hours, trying to teach myself to sing. Now I absolutely love Amy Winehouse and appreciate her total uniqueness- she was completely authentic and I really value that as an artist. It’s so heartbreaking how she’s gone, she was a true talent.

4.       If you could collaborate with another artist, dead or alive, who would you choose and why?

Good question! Right now I think I would want to collaborate with Simon and Garfunkel, back when they were a duo! I LOVE their music so much, everything about it is incredible.

I have a music video from my recent release, it’s for my song “Amo Solo Te” (available on all digital streaming platforms hehe), and a new single, the one I mentioned above called “Little Things”, within the next month!

We hope you enjoyed this up close Q & A with Gina Brooklyn who was part of the Emerging Artist Series at this year’s Summerfest. Some artists featured in past series have gone on to become nationally and internationally known, including Walk the Moon, Nathaniel Rateliff, Maren Morris, BØRNS, X Ambassadors, The Record Company, and many more. We’ve added some links so that you can check out more of Gina's sound and style.