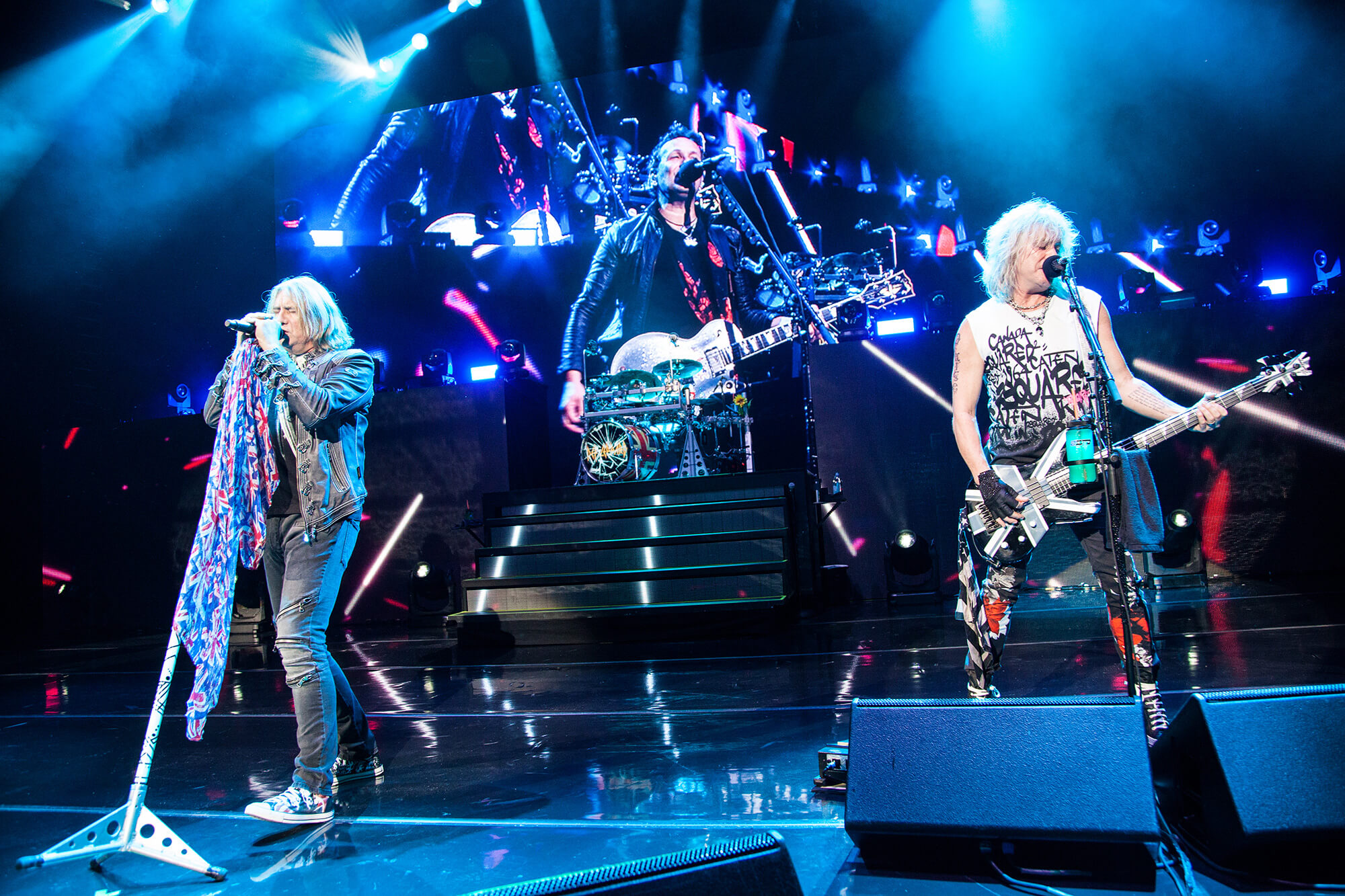 I am an early 90s baby.  My mom is an 80s hair band freak.  Naturally, we both love Def Leppard – and not just “Pour Some Sugar on Me”.  Summerfest 2016 confirmed this mutual love for a bunch of British rock stars bringing back the classics.  Tesla and REO Speedwagon opened up the show.  We’re not the type to skip the opening acts – this was the trifecta of concerts for rocker girls like ourselves.

My mom was shocked at Tesla’s energy.  She remembers the band from its height and couldn’t believe their excitement.  We were undoubtedly rocking out, which probably looked a little silly for a mom and daughter, but we didn’t care – we were in the sixth row!  Cue the dance moves.  We were just getting started.

When REO Speedwagon took the stage, we really belted the tunes.  My mom and I were jumping around so much, you’d think we caught a winning lottery ticket.  I managed to catch Dave Amato’s guitar pick sometime after “Take it on the Run” enveloped the crowd.  I still have that guitar pick and treasure it.  Something so small still has so much meaning – it’s a testament not just to the concert, but also to our bond as mother and daughter.  A mother and her young son sat in front of us, and the parental connection felt so right.  We weren’t the only ones bonding at a rock show.

Def Leppard, of course, was the star of the show.  It was one of those concerts where you forgot about recording videos or taking pictures.  We were in the moment.  Everyone in the audience knew every song.  Def Leppard stood the test of time.  There we were, singing songs made popular decades ago.  “Love Bites” was our favorite of the night.  I told my mom that the song gave me “all the feels,” and she knew exactly what I meant.  We kept joking about how all the band members made eye contact with us, or so we believed.

I felt like my mom was able to share her past through music.  Summerfest made that feeling possible.  We realized after the show that we end up at Summerfest together every year.  Every experience was a hit – Bruno Mars, One Republic, Katy Perry, Zac Brown Band, and more.  The Def/REO Speedwagon/Tesla show will go down as one of the best.  You know when you’re at the movie theater and the film never seems to end?  That show was exactly the opposite.  We didn’t want Def to stop.  We will savor that night of July 6th forever.  I don’t even remember if the weather was nice; I only remember the electricity.

My mom and I will be reliving Def Leppard this Fourth of July at The Big Gig.  Journey is opening the show.  Needless to say, we are ready for another experience.

Thank you, Summerfest, for helping us share this tradition.  We can’t wait to continue to create memories at the historic grounds.  Cheers to The Big Gig! Kayleigh Norton lives on the east side of Milwaukee, her hometown.  She studied marketing at the University of Iowa (Go, Hawks!) & is currently pursing an MBA at UW-Milwaukee.  When she's not tripping over thin air, she's running along the lakefront or at a Brewer game.  Her work days are filled with leading the advertising sales team at the Wisconsin Gazette newspaper in Milwaukee. #wisconsingazette