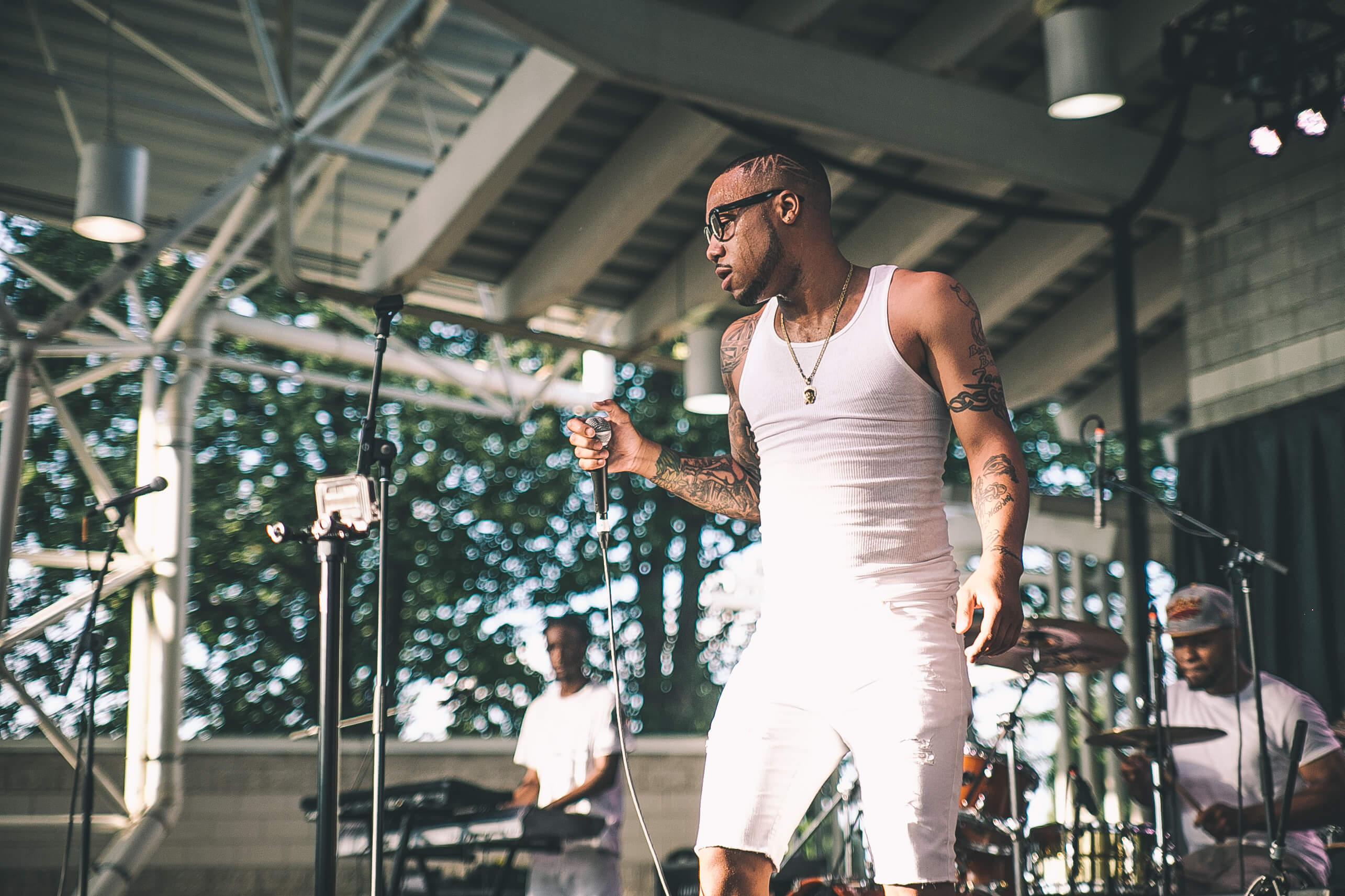 This week we hear from Vincent VanGREAT from Milwaukee, WI. He performed on July 6 with his band Ninja Sauce and Milwaukee string duo SistaStrings backing him up as well. Thank you Vincent for taking the time to answer some questions about your experience.

Q1) You’ve played at countless venues performing in front of hundreds and thousands of people. What was it like to play in your hometown at a large music festival like Summerfest?

Vincent VanGREAT - Performing in my hometown at Summerfest was an honor. With Summerfest's rich tradition as well as it being the first time having my own set at the festival, it was a great honor and a breathtaking experience that I will never forget.

Q2) Did you have any time to check out any of the artists at Summerfest?

Vincent VanGREAT - I arrived back in town a few days before my set so I did get a chance to see YoDot July 1st on the Miller Lite stage and Abby Jeanne July 5th on the Johnson Controls stage. They both did an amazing job and represented Milwaukee well.

Q3) While at Summerfest this year, was there a favorite song that you performed or perhaps some incredible memorable moment.

Vincent VanGREAT - A very big moment for me during the set that really hit home was my closing song, "Head Up In The Clouds" which featured Dana Coppafeel and Rusty Pelicans.  Reason being, two years prior the Rusty Pelicans opened for Public Enemy at Summerfest and brought me out as a feature artist. Now to see it come full circle and now I had the opportunity to have my own set and bring them out as feature artists was a very humbling experience.

Q4) You tour all around the country. Is there one thing from Milwaukee that you miss or inspires you while on the road?

Vincent VanGREAT - When you’re on the road you don't see many familiar faces in the crowd.  Every show is new people and a new environment.  But performing at home, you get to see a lot of family, close friends, and familiar faces in the audience and how could you not miss that! And Beer! I always miss the wide variety of beer I get to choose from back home. NO place like Wisconsin when it comes to beer.

Vincent VanGREAT - Yes, the BMO Harris Pavilion because it is basically new and personally I think it is beautiful. With BMO Harris building the new stadium downtown for the Milwaukee Bucks as well as having this new stage on the Summerfest grounds, I would love to see myself and some of Milwaukee's other emerging artists get the opportunity to bless that stage.

Vincent VanGREAT - Thank you.  I love you FOREVER.  Let's keep kicking ass.  It was a privilege to get each and every vote that made me the Emerging Artist of the day.

Milwaukee artist “Vincent VanGREAT” and his band “Ninja Sauce”. VVG is the true definition of a musical triple threat. Producing his own records, Singing and rapping over tracks, shows his versatility and willingness to expand to different genres of music. Recently releasing his self-produced debut LP ''UnGREATful'' and producing and featuring on a plethora of projects in Milwaukee, VVG has been gaining National recognition for us and our City.

Vincent has opened for and made special guest appearance for such National acts as Ludacris, Eric Andre Live, Public Enemy, Lupe Fiasco, just to name a few, and have played countless of small time venues, as well as amphitheaters and indoor and outdoor festivals performing in front of hundreds and sometimes thousands of people.